The Steering Committee of the Columbia Gorge Local Currency (GLCC) 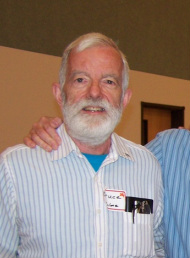 Bruce moved to the Pacific Northwest in 1966 and has lived in White Salmon WA since 1998.  He is a licensed engineer in both Washington and Oregon.  In addition to his technical education, he has training in TQM [Total Quality Management] and NLP [Neuro-linguistic Programming].  He supports energy conservation, renewable energy generation, local food systems and other activities that promote relocalization of our economy and culture.
He is a co-founder of the Gorge Local Currency Cooperative, Gorge Grown Food Network, Gorge Owned Business Network, and Community Enrichment for Klickitat County.  He serves on the boards or steering committees of: Gorge Grown Food Network; Gorge Local Currency Cooperative; Community Enrichment for Klickitat County; Washington Gorge Action Programs; Mid-Columbia Unitarian Universalist Fellowship; and Healthy People Alliance of Klickitat County.
Bruce raised a family of three beautiful daughters who now live in the Pacific Northwest and have children of their own.  Bruce considers himself a social liberal, economic conservative and radical feminist.
Bruce enjoys volunteer work that helps make our part of the world a better place to live.  He is a promoter of local currency because he wants to give local businesses a competitive advantage compared to national chains, and he is an advocate of barter trading to increase local prosperity and community cohesion. 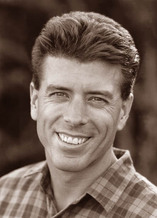 Hello,  Thank you so much for visiting our site.  In 2002 a young man from the Czech Republic handed me a video tape the day before he was to leave America back to his home country.  That video was "The Money Masters, How International Bankers Took Over America."  A few days later I watched it, and my life hasn't been the same since.  Since that day, my wife and I have been on an incredible journey of discovery.  We have uncovered so much important information, and we now understand why it has been intentionally hidden from us.  To read more of my story and learn what I have learned, click here. 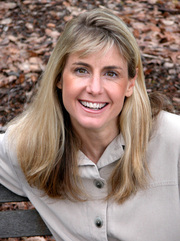 I have been a member of the GLCC Steering Committee since it's inception in 2003. Promoting and educating on the benefits of a local currency has been enlightening, frustrating and humorous at times. I have learned a lot about our economy, our community and myself while sitting on the Steering Committee and for that I am truly thankful. Trading with RiverHOURS provides our community with the opportunity to consciously connect with each other on a deeper level of awareness; an awareness that we need a new way co-creating our lives together in community. We need to evolve consciously to live peacefully and sustainably on this Earth. Thank you for visiting our website. 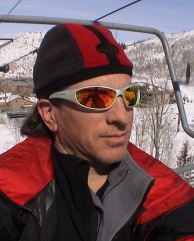 Graduated from UW-Madison in 1986 with a minor in economics.  You'd think he was well aware of the nature of currency, and it's complete absence as a topic of discussion in modern politics.  In fact, he never learned anything about the structure of the FED and it's impact on business cycles, the middle class, or foreign economies, nor did he, like the 99%, ever think about it until recently.  He has his friend Scot (the guy a couple pics above this) to thank for passing the "Money Masters" video along to him after Tom, the Czech guy, left the country.  Talk about a worm hole. He learned more about economics in 3 hours than he did in 3 years of college econ.  "Once one gets past that mental hurdle of considering fiat currencies' role in our lives, and read a few paragraphs of how the "FED" came to be, one will never look at money the same. There is a lot of reality we as americans miss out on due to socially structured lies like the "FED".  Thats what lies do - obfuscate reality."
Nathan enjoys skiing, windsurfing, mt biking, and tinkering in solar energy. 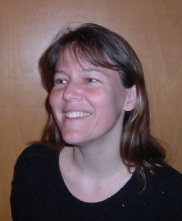 Theresa North is an instructor at the local community college.  She homeschools her two children and enjoys gardening.  She has been part of the GLCC since its inception and has also been on the Hood River Planning Committee, the Columbia Gorge Earth Center board, and the Hood River Sustainability Committee.  All of these organizations come together for her under the umbrella of Transition Towns and she is creating Transition Columbia Gorge.  Check out the website, transitioncolumbiagorge.weebly.com to see how all of these pieces fit together. 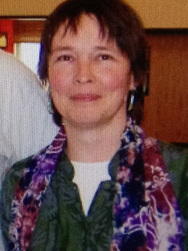 "We have gotten so used to the world of usury-money that we mistake many of its effects for basic laws of economics or human nature...a money system embodying a new sense of self and a new story of the people--the connected self living in co-creative partnership with Earth--will have very different effects."--Charlie Eisenstien, 'Sacred Economy" 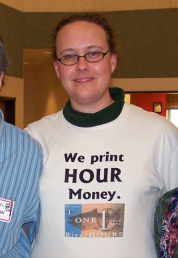 deanna, like all the other steering committee members, wears many hats. a graduate of marylhurst university, her interdisciplinary studies degree focuses on pacific northwest ecology and communications. most of deanna's economic positions are based on her understanding of herman daly's steady state economy researched in her 02002 bachelor's thesis. she was one of 20 applicants accepted into the environmental management program at jÿväskÿä university, finland, and made it to the last round of fulbright competition.

in addition to the GLCC steering committee, deanna also volunteers her time on the planning commission for the city of cascade locks. she spent a year providing service learning opportunities with americorps here in the columbia river gorge and runs her own small publishing and design business. her day job has most recently entailed extraordinary prep cooking in local establishments.

deanna's continuing studies have convinced her beyond a shadow of a doubt that the current financial and economic systems are wholly unsustainable. ten years later, she still believes that something based largely upon steady state theories are the direction we should head in. what the details turn out to be she is as curious as she hopes anyone visiting this site is. there are so many options to combine into a local economic system that works for us.